Ajith Nivard’s body fights even without the head

The extent of the country's debt trap and the dollar crisis..! 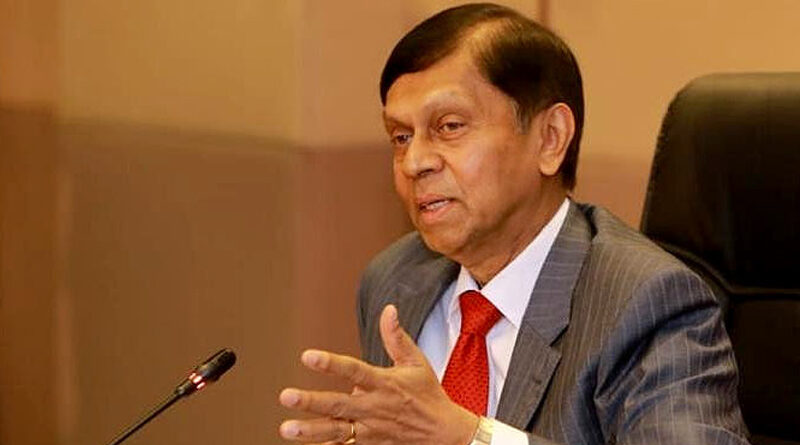 It is not possible to rescue Sri Lanka from bankruptcy only by settling US $ 500 million debt before January 18, 2022 by emptying the treasury without releasing dollars for any import.

International Fitch Ratings Institute has downgraded Sri Lanka to the brink of bankruptcy.  It was initially predicted that this situation could worsen in the first week of January 2022. The Central Bank has so far received requests for letter of credits worth $ 800 million for import of essential goods.

But no request in this regard will be entertained. A situation has arisen where it is not possible to pay debts as well as to import essential goods from foreign countries. The Government is trying to escape the issue for a month by paying this loan installment somehow. Then the country's imports will be restricted. At this point there is still a coal issue. US $ 400 million is urgently needed to import fuel. Without fuel and coal, people would have to stay in the dark. Factories will be closed and all our exports, including garments, come to a standstill.

The government is preparing to pay $ 500 million for international bonds on January 17, 2022 and come to Parliament on January 18 and brag that "we have paid the debt". PB Jayasundara and Ajith Nivard Cabraal persuaded the President to end the term of Parliament for this purpose.

However, by the end of January, another US $ 250 million will have to be paid for domestic debt (Sri Lanka Development Bonds). To repay those local loans, the country has to shift to a system of creating queues and limiting goods. Not only us, international organizations and lending institutes too know this story.

However, Ajith Nivard Cabraal has given an answer like “the body is fighting even without the head” to the International Fitch Ratings Report. Almighty PB Jayasundara tells the same story. "Cabraal-PB." They continue to do this deception because the media in this country does not question anything that they say.  The Central Bank of Sri Lanka has been restricting the printing of money for more than a month now. The Inflation will not be controlled after the printing of Rs. 15,000,000 million is completed.

In 2022, Sri Lanka will have to repay $ 7 billion as debts, loan installments and interest. It should be said that 45% of that amount was a loan obtained by the Rajapaksa Government at exorbitant interest. Our friendly countries or international organizations alone will not be able to solve Sri Lanka's debt crisis. There is a reason for that. Sri Lanka's total obligation for bilateral debts is around $ 550 million. Multilateral debt of more than one international organization and more than one state is $ 600 million. The combined value of the two is $ 1.15 billion. The remaining $ 5.8 billion is borrowings at exorbitant interest and interest on those loans.

International Fitch Ratings Institute is now advising global Companies and Investors around the world not to invest in Sri Lanka. The reason for this is the Government’s obligation to pay around US $ 1100 million in the near future as interest for $ 1500 million international sovereign bonds alone. When money is borrowed at exorbitant interest rates and used for theft such as Chinese excrement and Nano fertilizer, there is no way to prevent the country from going bankrupt.

Everyone should keep in mind that the government owes not only the world but also to the people of Sri Lanka (Sri Lanka Development Bonds) $ 1450 million. The amount of debt owed to international organizations, states, institutions and individuals is $ 1250 million. The $ 150 million loan obtained from Bangladesh has to be repaid in another month. When all this is added up, the obligation is $ 7 billion.

When $ 500 million is paid for international bonds and $ 250 million for development bonds after empting the treasure in January 2022, the country will be a dearth of gas, fuel, rice, flour and sugar. People have to die without medicine. Since dollars are not provided for chemical fertilizers and medicines, oil outputs and sewage from the pits will be used in farming. This financial crisis and the fuel crisis associated with it are not problems that can be easily solved.

The country should not fall back to the situation created by the government that came to power by distributing goods without any economic program and using fairy tales. Three out of every four dollars Sri Lanka owes is loans obtained by the Rajapaksha Government. Although money printing has been restricted by now, we have to pay huge sums of money for each food and item, including 90 rupees for a cup of milk tea and 20 rupees for a hopper, as a result of relentless printing of money in the past. 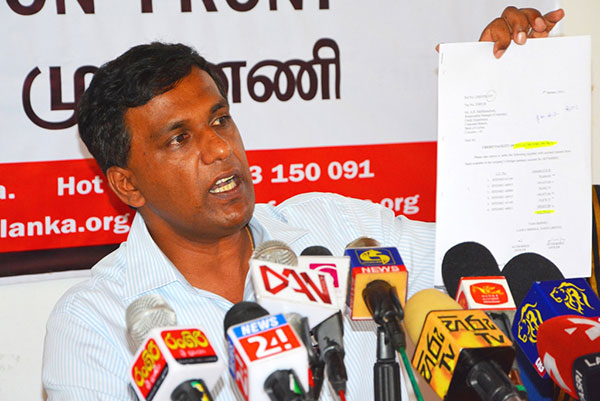 Former Governor of the Southern Province