The Rule of law

As a country Sri Lanka is currently in a great crisis which cannot be overcome only by the government in power; it requires a very strong and consolidated national effort involving all opposition parties and the people in general. Unfortunately both the ruling party and the opposition have failed to realize that. Sri Lanka is a deaf and dumb country that cannot be awakened by prior warnings. It is a country that lacks the foresight to anticipate what the future holds for what it is doing now, and it never corrects the errors committed. The government seems to think that it has the constitutional power to rule the country for a few years, for better or worse. The opposition parties also seem to think that they must wait till the next general election in 2025 leaving the government to mess up things squarely in the interim so that the power to rule will fall onto their lap automatically. Neither side seems to know what to do in case a major collapse occurs in the meantime. In this backdrop, the most effective policy that people like us should adopt would be to enlighten the public on the circumstances that have led to the failure of the country considering its benefits for building Sri Lanka in the future.

The rule of law is one of the most important features of a democratic system of governance.Sri Lanka has passed 73 years since independence and during this long passage of time the country has gone through a rule without law and order. This situation can be considered as an important reason for the failure of Sri Lanka.

The Soulbury system of governance, inherited from the British, contained all the basic principles and procedures necessary for the rule of law. But after independence the country was not governed within that framework. In 1972, the United Front government led by the SLFP enacted a new constitution that severed the obligations to the British crown in a manner that deprived the judiciary of its independence and the power of judicial review, two of the most important conditions for the rule of law. Then in 1978, Sri Lanka established an exclusive system of presidential governance placing the   President, the Head of the State who possessed all the powers of the State, above the law conferring him or her exclusive kind of immunity that prevented him being prosecuted for any illegal act of commission or omission.

Albert Venn Dicey (1835-1922), one of the most respected English scholars on constitutional law has emphatically stressed on the importance of the Doctrine of the Rule of Law. Dicey concluded that "the twin pillars upon which our system rests are the sovereignty of Parliament and the supremacy of the common law, administered in the ordinary courts independent of the executive over everyone within the realm, whether public official or private citizen.” Aristotle is considered to be the original author of this concept. Rule of law implies that all those involved in the state are bound by the law and are subject to the law. And that all officials (from the Head of State to the lowest official) should act within the limits of the powers conferred by law.

But the concept of the rule of law is being operated in a very absurd manner in Sri Lanka. The rule of law does not work against the President when he is allegedly involved in illegal activities on account of him being placed above the law. The cost incurred by a leading candidate in a presidential election is estimated to be around Rupees 3 billion. How this colossal amount of money is received or spent is not audited. Invariably the Presidents tend to abuse the public property in their temporary custody while allowing their cronies also to reap undue benefits from them. The 17th and 19th Amendments sought to tame the president in a very ridiculous way by enacting regulations without abolishing the position of his being above the law. So far, Sri Lanka has failed to realize that a system that allows the Head of State to be above the law is an uncivilized constitutional dictatorship which is contrary to democracy.

Pandemic and the law

In the early stages of the Covid outbreak, I pointed out that it was not proper to remand a large number of people for minor offenses during a pandemic period. Even those who had been imprisoned for minor offenses should have been released for the safety of other inmates and also to ease off the congestion in the prisons. There are legal provisions to keep suspects or offenders involved in minor offenses under house arrest under police scrutiny without taking them into custody and detained in prison. But such a considerate policy does not seem to have been implemented in the case of those who have committed minor offences during the pandemic period. Instead, there were instances where people were remanded for taking revenge from them. It has been reported that three student leaders attached to the Peratugami (Frontline) Party and a leader of it had contracted the Corona virus after they were arrested and sent to quarantine camps.

Withdrawal of all Court cases filed against the leaders of the present government on recommendation of the Attorney General can be described as the worst thing that has happened in the realm of  the law, killing its recognition  following the present government  has  assumed  power. It is reported that the number of cases withdrawn in this manner is nearly 80.There were not only the cases filed by the Yahapalana government, but also several others which were as old as 10 to 15 years among the cases withdrawn.

This process was not opposed by the judiciary either. Accordingly, it will be possible that even the Provincial Councilors and those of local government bodies having court cases to demand that this privilege should be granted not only to the Members of Parliament but also to them as well. The President will be compelled to comply with that request and consequently a Police and Judiciary system applicable only for the opposition parties will soon be established in this country. Not only the ruling party but also the opposition, the Attorney General's Department and the judiciary should be held responsible for this humiliating situation.

Investigations on the Easter Sunday Attack

The Easter Sunday tragedy can be considered as the most convincing of the hundreds of examples that could be cited to substantiate that the State of Sri Lanka has failed miserably.Sri Lanka has dejectedly failed to investigate into this matter and thwart the attack when the Indian intelligence services  have cautioned  the National Intelligence Service (NIS) about  the attack  that had been planned and all the other essential information, the date & time and the  other  details of the attack. Even after the great catastrophe, the investigations do not appear to have been conducted in a proper and inclusive manner. Similarly, even the law enforcement also does not seem to have been conducted in a proper way. Although a great interest has been displayed in filing a case against the former Defense Secretary and the former Inspector General of Police, there doesn’t seem to be any interest in indicting Maithripala Sirisena, the former President in spite of the recommendations made by the Presidential Commission that the criminal charges should be brought against the latter. It should be noted that the statements made by several senior police officers before the Chief incumbent of the Malwaththa chapter following the declaration made by the youth Shehan Malaka, will not augur well for the confidence and respect of the police.

Taken as a whole, the Easter incident and the investigations into it reflect that the investigations have not been carried out to the extent required to reach logical conclusions. In other words, it indicates that there remains a number of important issues that need to be examined, but have not been thoroughly investigated giving a mystique aura to the incident. The retired Attorney general has said that there was a big conspiracy behind the incident, and Asanga Abeygunasekara, the former head of the Institute of National Security Studies, Sri Lanka (INSSSL), Ministry of Defence  has remarked that "the mastermind of Easter Sunday attack will not be revealed for another 20 years”. The IGP also has stated that the Easter incident was a complicated affair and that it would take a long time to understand the facts. The IGP has also said that there was a foreign conspiracy behind the attack.

When these statements and all that had happened were taken together, it must be said   that  a  serious question  might arise as to whether the authorities have refrained from averting the attack anticipating some benefit to be gained by ignoring the attack which could have been prevented  under the circumstances  that they knew that an attack was imminent. It is the authorities themselves who should dispel this suspicion. 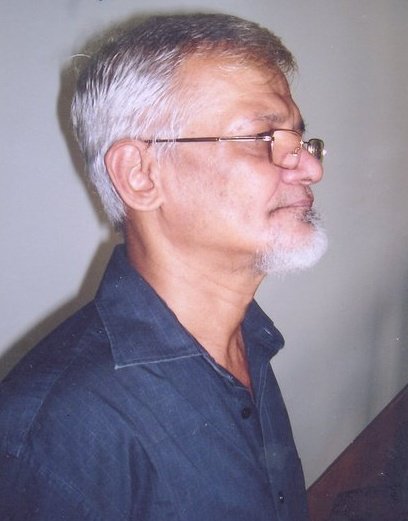 The Rule of law

THE REALITY OF THE SYSTEM

What is Family Law?

The invitation from the President to Tamil Diaspora

Parliament is closed and bars are opened

A meeting between President Gotabaya and the President