Rs. 1000 million can be earned in a year from these tanks

We will not allow the Government to plunder national resources 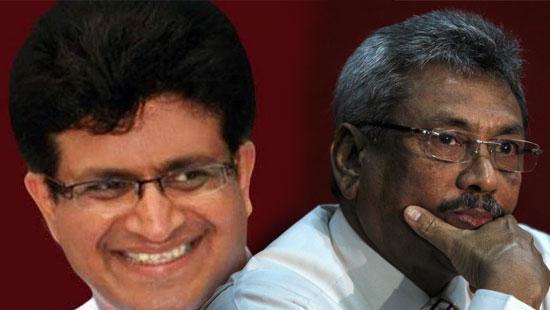 Member of the Central Committee of the Janatha Vimukthi Peramuna, Dr. Nalinda Jayatissa, emphasizes that the time has come for all patriotic people who love the motherland and its national resources to come forward to protect the Trincomalee oil tank complex which is to be sold by the President and the Government to the IOC Company of India.

Gotabhaya Rajapaksa came to power promising that the government will take back the national resources and properties of the country that was sold. Mahinda Rajapaksa definitely made this assurance on the presidential election stage.  Due to this promise the people thought that they would not sell but would take back what was sold.

But 25 months after coming to power further properties have been handed over to the Company that bought the Hambantota port. The western jetty has been handed over to Adani of India. Several important and historic lands around the Port of Colombo are to be sold. The Urban Development Authority is waiting to sell a number of other lands. Uva Wellassa lands too will face the same plight.

Meanwhile, the sale of fuel tanks in Trincomalee is coming to the stage. The British government had built 101 oil tanks. These tanks were built near the Trincomalee port to supply oil to warships and merchant ships. During World War II, two oil tanks were destroyed by bombs. At the time of our country getting independence in 1948, the British tried to take possession of these oil tanks. With the change of world political power in 1964, the Sri Lankan Government made various attempts and paid 250,000 sterling pounds to the British Navy and got the ownership of these 99 tanks.

Milinda Moragoda of the UNP Government brought a cabinet paper to lease the oil tank complex to an Indian company on 21May, 2002. Today this Government has appointed Milinda Moragoda as the Indian High Commissioner. As a result of that Cabinet Memorandum, a Memorandum of Understanding was signed between the Ceylon Petroleum Corporation and the Indian Oil Company on June 11, 2002. Then on February 7, 2003 the Secretary to the Ministry of Finance and the Managing Director of the IOC signed the agreement. According to that agreement a lease agreement should be sign within 06 months. But even after 18 years still no lease agreement has been signed. But the Indian Company is using 14 oil tanks. However, the Government of Sri Lanka gets $ 100,000 per year for these 99 tanks. It is illegal. Because there is no lease agreement.

Instead, on December 20, 2021, Minister Udaya Gammanpila sent a letter to the Chairman of the Ceylon Petroleum Corporation requesting to incorporate a Company by the name “ Trinco Petroleum  Terminal Limited '' based on Trincomalee Oil Tanks Complex. In this letter he deliberately inserted a clause that the Indian Company has some ownership to the oil tank complex. That is a serious problem. A mutation. The Minister acknowledges that the Indian company has a legal right. But the Indian company does not have such a legal right.

Now the Minister is trying to form a new Company. There is a plan to give 49% of the company's shares to Indian Oil Company. 99 oil tanks will be taken over by that company. What the Minister is trying to do is legalizing the right of the Indian Company over the tanks while a case is pending in the Supreme Court that the Indian company has no right to use the oil tanks. Also, it was reported today by the media that Udaya Gammanpila says that the tanks will be handed over to the Indian Oil Company for another 50 years. The Government is putting this country in a place like this. The Government is selling all the resources that could be used for the development of the country to foreign companies.

The Port of Colombo is a source of dollars. In such a situation, the operations that could have generated revenue from the jetties of the Colombo port would be handed over to foreign companies as a result of which we lose dollars.

Even Ministers do not know some things. These oil tanks, port jetties, lands and other resources are essential for a future Government to develop the country. Therefore, all the people who love the country need to unite along with the Trade Unions in their struggle against the sale of these oil tanks. As a party we fully support the fight to protect the national resources of the country for the future.