Even the government withdrew their spurious constitution-making program, we must not lower down our voice to win a people's constitution. What is happening in Chile is a great inspiration for us. That country also has an ugly constitution like ours that was amended 15 times during the reign of dictator Finoche in the 1980s.

On October 25, 2019, people took to the streets to protest for a new constitution, following a call from an alliance of organizations advocating for a new constitution. The number of people who gathered in Santiago that day was recorded as 1.2 million. Since then it has become a street protest program. The government finally agreed to draft a constitution to prevent the problem from escalating. 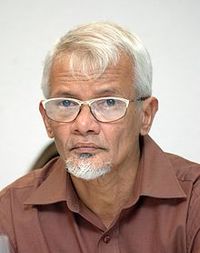 A question paper for the opposition..!

Victory over the Puzzle

Transforming Gota to a Botha