This is how Basil failed and Ravi passed

There is no difference between this budget and an election manifesto

No plan to earn foreign exchange

The weakest budget in history - the country has no future

A comparison between the budgets of Basil and Ravi

The role of the Minister of Finance is extremely important for the development of a country. The Minister of Finance must have a unique vision to take the country's economy on a positive path. In general, the responsibilities of the Finance Minister are different from those of his other Cabinet members. His main task is to achieve the overall budget objectives.

The existence of a government can be determined by the way the Finance Minister accomplishes his tasks based on organizing the budget process and the way he supervises and enforces this process.

The Finance Minister also has to deal successfully with the pressure from other Cabinet members over expenditure. The Minister of Finance should be a person who acts in a broad range and must have a broad vision, a better understanding over the behavior of the economy and the budget.

But it is sad that timely solutions are not to be seen in the recent budget. We can hear the government is bragging about the 2022 budget. Most of those are literary eulogies and not economic analysis from scientific aspects. No one talks about the country's economy, which had completely collapsed due to the wrong policy approaches that had taken place for a long time, and had plunged further into the abyss due to COVID-19.

Foreign exchange is a major issue faced by Sri Lanka at the moment. Sri Lanka has been using import controls to create a shortage of goods and is managing the country from money obtained from other counties. In relation to this issue, it is essential to lay the foundation for earning foreign exchange so that we can make a profit in at least another two to three years. If so, the government should have a proper program for export development, attracting foreign investment and reviving the tourism industry. But no such proposals have been proposed in this budget. The government says that there is not enough incentive under the BOI. Foreign investments cannot be attracted through BOI. But the government has not proposed an alternative either.

However, it is important to recall the actions taken by the then Minister of Finance, Ravi Karunanayake, at a time when the country and the people were facing a similar major financial crisis. He came up with some very practical proposals that could be implemented in the short and long term and put them into practice on a large scale during his tenure as the Finance Minister. These are just a few of the radical decisions made.

The role of a successful Finance Minister is to raise the necessary funds to cover expenses. Instead of relying on the advice of officials, Ravi Karunanayake carried out his duties creatively and understood the practicality of the decision.

At present, obtaining foreign exchange has become a major issue, but no medium or long term solution can be found in the budget proposals furnished by Finance Minister Basil Rajapaksha. On the other hand, the export sector has not proposed any measures to introduce new exporters or increase the competitiveness of exports. Instead, only a few proposals have been made targeting the garment and export sectors.

The ordinary people of this country have to pay those taxes. The same is true for taxes on cigarettes and alcohol. Even though it is claimed that these taxes are paid by people who consume alcohol, in the end, the burden is on the household which is felt by the kitchen. The same is true on the proposal which targets businesses with a turnover of over Rs. 2,000 million to earn 25 percent tax revenue. It is not bad for the government to take steps to find tax revenue. But it is unfortunate that these taxes have been redirected to the common people of this country. On the other hand, if it was said that direct taxes would be increased and indirect taxes would be reduced in the previous budgets, the peculiarity of this budget is that there is nothing mentioned in the budget.   It shows the lack of intervention of the government.

Another aspect, expected by many from this year's budget was that it would come up with a plan to protect the parties faced by the COVID pandemic in the short term as well. Accordingly, several proposals have been made regarding bus owners, school van owners, three wheeler owners and those engaged in the entertainment industry.

But when you look at the reality of those proposals, you would feel that it is a game involved with numbers. For example, according to the Institute of Policy Studies, there are 544,804 three-wheeler drivers in Sri Lanka. What do we see if we divide the 600 million rupees allegedly allocated for them? The amount received per driver is 1000 rupees. Assuming that the drivers are two and a half lakhs, it is 2000 rupees.

There were a lot of people, especially those in the tourism industry, who were affected by the import control, who lost their jobs, waiting to see how the budget was going to help them.  But there are no provisions for them. For example, as we emphasized before the budget, we did not mean providing state employment for those who lost jobs due to the pandemic. It is something like making a payment from the government as a relief while they continue in their present employment at a lesser salary. Other countries around the world have taken similar steps in the face of the pandemic. But the government has made much more popular steps than that.

Like the Minister of Finance, the Secretary to the Ministry said that in the face of the exchange crisis, it is not possible to think about importing vehicles right now. The Minister of Finance himself says that the public service is a burden to the country. But what is the solution they have come up with? Raising and maintaining the retirement age in the public sector. If the public sector is a burden, the government should at least take steps to reduce its workforce without encouraging further continuation. What the government has done instead is to extend the retirement period of public servants and find a way to avoid the inconvenience of paying gratuities etc. This action is like searching for an interval in hell. It is bomb that explodes after the end of the interval.

Currently, the fuel crisis has exacerbated the problem where all mechanisms in Sri Lanka are locked up. The reason for this is the lack of foreign exchange to buy fuel. Essentials such as medicines have arrived at the port and are stuck because there are no dollars to free them. Where are these serious issues in the government budget addressed?

In this sense, according to us, as university students, the biggest confusion in this budget is the question of the government's economic vision. The budget does not include a solution to Sri Lanka's economic crisis at the moment. A good example of this is when the government talks about import substitution industrialization it does not think about how far it can go.

In this context, the argument that can be raised is that Ravi Karunanayake, as the Minister of Finance in 2015-2016, was able to prevent the financial crisis that could arise in the country and to cover government expenditure by increasing the country's revenue as highlighted by the "The Banker" magazine. More importantly, he was able to keep the most inefficient Treasury Secretary in recent history and focus on such proactive and positive actions and decisions.

It is clear that the reason for these decisions was the efficiency gained by Ravi Karunanayake from working in the private sector. The situation can be pointed out as a result of his tireless efforts to spend the day and night in the treasury and hold discussions.

Using data on the personal characteristics of European Finance Ministers (1980 - 2010) Mark-Daniel Moisinger (2012) also pointed out that the personal characteristics of a Finance Minister affect his or her overall performance. In fact, we have no assessment left of Ravi Karunanayake's role as Minister of Finance and his political-economic position. Ravi Karunanayake has been awarded the 'Best Finance Minister' award in the Asia -Pacific by the "The Banker" magazine belonging to "Financial Times" group, a world renowned magazine for global finance management.

As economists, the best budget proposal we have seen in recent political history is the budget presented by Ravi Karunanayake in 2015 as the Minister of Finance. Accordingly, if Ravi Karunanayake had been allowed to implement the budget proposal properly without dragging his feet, the country would be at a very advanced stage by now and if so, the government of good governance would still be in power.

Also, the government would not have had to print money like the current government if Ravi Karunanayake had been the Finance Minister at a time when Sri Lanka as a country-nation is in an economic abyss in the face of the deadly COVID-19 pandemic. 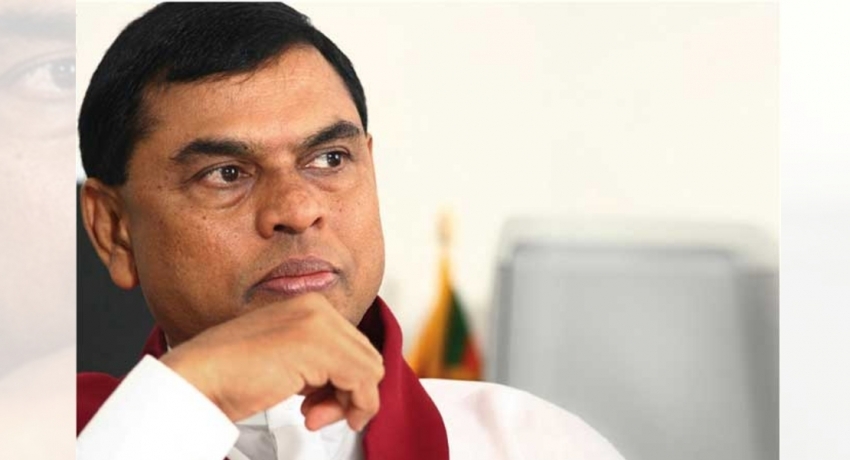