Signs of another COVID wave due to the Opposition

The opposition thinks not about the country but about politic 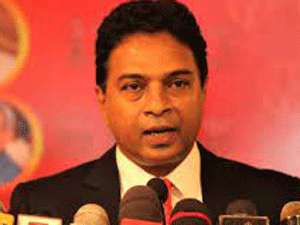 The Sri Lanka Podujana Peramuna has taken a strong political decision to remove all those who are obstructing the program of the government the President is.

General Secretary of the Sri Lanka Podujana Peramuna, Sagara Kariyawasam at a press conference,held at the head office on Monday (15), stressed that if the government is formed collectively, all should support the President to move the government forward while supporting the development of the country.

Meanwhile, Sagara Kariyawasam who accused that a group is trying to create another wave of COVID-19 inside the country also stated that he is requesting with great respect from the opposition not destroy the revival and the Invigorate that has emerged in the country by exacerbating the disease further.

Mr. Kariyawasam further stated that the situation would be very deplorable if the Opposition seeks to gain power by causing misery to the people and keeping the people on hunger.

A public lawsuit is being filed against the government

SLFP to the provincial council stage under the Hand symbol

Will China set up a military facility in Sri Lanka?