100 billion worth of Tax have not been collected

A loss of 1,300 million from Norochcholai tender 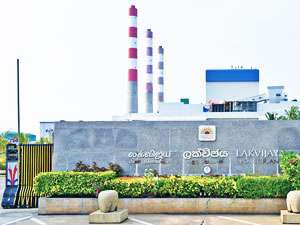 It had been revealed that even though the Inland Revenue Department had to collect Rs. 100.5 billion from few Public Institutes through Legacy and Ramis systems in 2021, it could collect only 4.42 billion.

This has been revealed according to the report of the Parliamentary Committee on Public Accounts which was presented to Parliament on Wednesday (06) by the Chairman of the Committee, Prof. Tissa Vitharana.

Professor Thissa Vitharana after submitting this report to parliament on Wednesday (6) stated in the parliament that the details of 16 investigations with regard to public institutions conducted by the Parliamentary Committee on Public Accounts were included in this report and he was surprised having seen the details of this report.

According to the Ramis system of the Inland Revenue Department, the arrears as at March 30, 2021 were Rs. 87 billion, but only Rs. 4 billion had been recovered from this amount, the report said.

Meanwhile, the report further revealed that the government has lost more than Rs. 1,300 million in revenue due to an error in levying taxes on coal, imported to the Norochcholai Thermal Power Plant.

The change of the President drives the country for destruction

Complain to the CID by SJB over the fertilizer deal

Let me know the steps I should take from here

Who is behind the import of harmful fertilizer?

Cardinals and Karus lives are in danger..!