The national appeal made by Karu from the President on behalf of the country..!

Do not miss the last chance to build the country

It is the President who should take the lead

"I will make the best contribution even sacrificing my life"

The only intention is to be buried in a democratic-free-non-slavery country..! 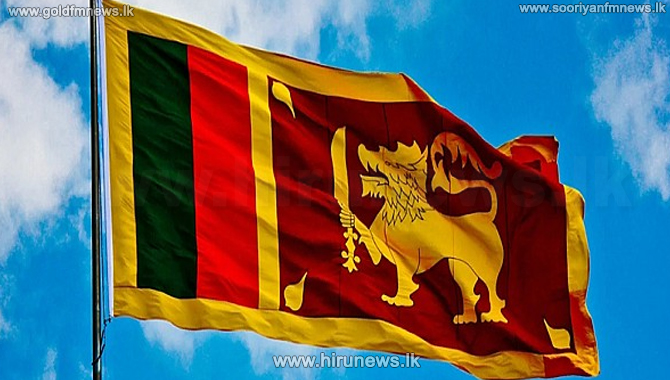 Chairman of the National Movement for a Just Society, Deshabandu Karu Jayasuriya issuing a special statement said that the President and the government should take action at the last chance to rebuild the country which has dawned after Seventy two years from the national independence.

Mr. Karu Jayasuriya who assured that he and the National Movement would give their full and unconditional contribution to this national cause, also stated that they believe that the Opposition too would extend its fullest support, contribution and the patronage for that effort.

Mr. Karu Jayasuriya who pointed out in his statement that President Gotabhaya Rajapakshe as the Head of the country should take the lead to give the leadership to this process after coming forward, also stressed further.

We extend our deepest condolences to all the families who died in the Covid- 19 pandemic. We would also like to take this opportunity to highlight several issues of national importance affecting the country, which is to be brought to the attention of His Excellency, the President and the people of the country. We are relieved to hear from the press that His Excellency, the President is attending the United Nations General Assembly which is an opportunity to explain different attitudes towards Sri Lanka. It was mentioned in a leading newspaper last weekend that he would be committed to protect democracy. That's a promising message if it goes well.

It is also a relief to know that the Hon. Minister of Foreign Affairs is holding successful discussions to resolve the existing issues. It is timely to appoint a special committee headed by a former Chief Justice to furnish a report on persons who were involved in terrorist activities. Although the names of the committee members were submitted the process has not been completed officially. Global trust for Sri Lanka will only be ensured once this process is properly completed. We propose to His Excellency the President to take immediate action in this regard.

The Hon. Prime Minister’s meeting of the European Union as reported is very important to address all unresolved issues related to GSP+ etc. Undermining the importance of GSP+ by some politicians is harmful to the country. Hon Finance Minister yesterday stated in the parliament that the government is hoping to build relationships with the International Monetary Fund and the World Bank in the future. Taking this decision even late is useful as well as beneficial to the country.

As a country, we can move forward by adhering to democratic principles, gaining world respect while not aligning with any power block. When 600 votes were cast against Sri Lanka, all countries explained that they were very fond of Sri Lanka and that they had to vote against it due to policy reasons.

We have publicly commented over the processes that have been detrimental to democracy since this government came to power. We have been continuously expressing this view through discussion held via ZOOM, seminars and technical consultations with expert teams. We noticed from surveys that about 82% of the people of this country have rejected the 20th amendment, which destroyed democracy in the country.

The recommendations of the Upali Abeyrathne Commission which was created with the intention of getting political revenge, is an insult to the whole country, an insult to the Judiciary and something that does not happen in any other democratic country in the world. It should be noted with regret that since the Hon. Prime Minister tabled this Bill to parliament, it caused damage to his reputation. It is stored in the parliamentary archive in his name.

Elections, held in a democratic country should be free and fair. We continued to make the country aware of this requirement. Sri Lankans do not have that independence. Our main allegation is that there are several serious political appointments in so called “independent commissions”. We hope that His Excellency the President will take steps to rectify this with the consent of the two representatives of the opposition, which was the practice in the past. Without that, an independent commission is fruitless and difficult to accept.

The National Movement for Social Justice stands for the betterment of the country and "we are committed to uphold the vision of Ven. Sri Sobhitha Thera to move forward" We are not a political party. We would like to mention it again and again. As Ven. Sobhitha Thera had repeatedly stated, "We want to be buried in a Independent, democratic and free country. "Through the ideas and proposals we have mentioned in good faith, the government and the opposition can establish a conducive environment for the country to move forward.

We must note that the support of the Opposition is essential for this. The Opposition has stated several times that it will extend its support to the development of the country and this offer should be taken seriously. We have repeatedly stated that His Excellency the President as the Head of State should handle the national leadership. It should be mentioned that the people of this country do not approve of any obstruction to the independence of the Judiciary. Conducting seminars publicly and giving instructions to Top Officials of the Judiciary recently, had been subject of concern to democracy.

Since an environment, which is conducive of rebuilding the country, is emerging after 72 years, we sincerely wish all the success for that effort! We owe it future generations of this country to make this a reality and our fullest commitment is always there to achieve this noble goal.

no requirement for general public to panic over a fake email

no requirement for general public to panic over