The political direction of the Taliban administration..!

Can they continue the administration of Afghanistan without objections?

The Taliban after capturing the power of Afghanistan recently, thousands of Afghans too rushed to Kabul Airport to flee away from the country which clearly indicated that the political change had created a panic in the country. Since Taliban is an extremist military group, the confidence the locals can place over the administration of the new political structure is suspicious. This suspicion led to a magnitude of thousands of Afghans ultimately resorting to flee the country even hanging on outer structures of planes which were evacuating civilians and foreigners from the country.

But giving an indication about the style of the governess, expected by Talibans’, a spokesperson stated “We want to have a peaceful relationship with the international community since we do not want be isolated from the world” 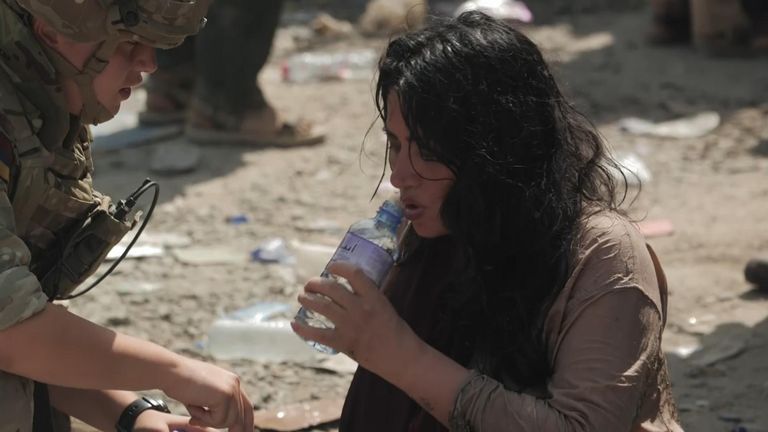 In this context the US President, Joe Biden confirmed that they have already evacuated 28,000 Afghans as well as foreigners so far. He extends some sort of threat too towards Taliban administration in his statement that ” In our evacuation process, there can be mistakes”

Even though it is not very clear as to what this alarm indents, it is not going to be in favor of the Taliban administration. What I feel about this statement is, if the evacuation of people from Afghanistan is hindered or blocked by some forces, it will be retaliated against.

President Joe Biden’s stance about his statement becomes clear in another statement made by him recently. “Our troops will remain in Afghanistan until the last US civilian is moved out from Afghanistan.

Is President Biden extending some military threat to the Taliban administration? He would have wanted to indicate that the US evacuation process is peaceful. But allow them to do it peacefully.

Taliban forces fired innocent civilians who agitated in the Kabul Airport to flee Afghanistan, killing few.  But Taliban forces justified this killing claiming that they had to resort to a military force to control the mob. The US President Biden would have wanted to pass the message to the Taliban that there cannot be a single killing of a US civilian in their effort to control mobs.

To get the view about Taliban administration in Afghanistan , the author of this article spoke to few Muslims who wanted to remain anonymous,“They claim to be freedom fighters. They have to prove it in their governess” the common opinion was positive.

What I feel with their intention of having a peaceful relationship with the international community is their willingness to fall in to a path or governess that will be acceptable to the rest of the countries in the world.

Taliban have to win the confidence of the civilians first of all. Even though they captured the power of the country through military process, it will not be a label or a stencil to their governess style. The most accepted governess tool of the present world is not a total democratic model. When you look at the political leaders of the world who were or are famous, inherit a governing model which is a mixture of democratic and dictatorial techniques. Hence for Taliban not to be isolated in the world in their intendant administration style of Afghanistan, they have to adopt a model of administration that is acceptable to Afghans as well as the international community.

Can they continue the administration of Afghanistan without objections?

An anti-Taliban military group has said that they  have thousands of militants to fight the Taliban militants who have seized control of Afghanistan. Ali Nazari, the Head of Foreign Relations of the Anti-Afghanistan National Front, emphasized in a special statement, issued yesterday stated that they are ready to hold peace talks with Taliban extremists on the current situation in the country and will resort to a military strategy if those talks fail.Meanwhile, the Taliban said that its troops have already surrounded “Panjshir Valley” the stronghold of the Afghan National Anti-Front.What I feel as a Democratic fighter is, governing people according the way they want, is what is acceptable.