“Trump will get the maximum benefit from this assassination” –Aljazeera- 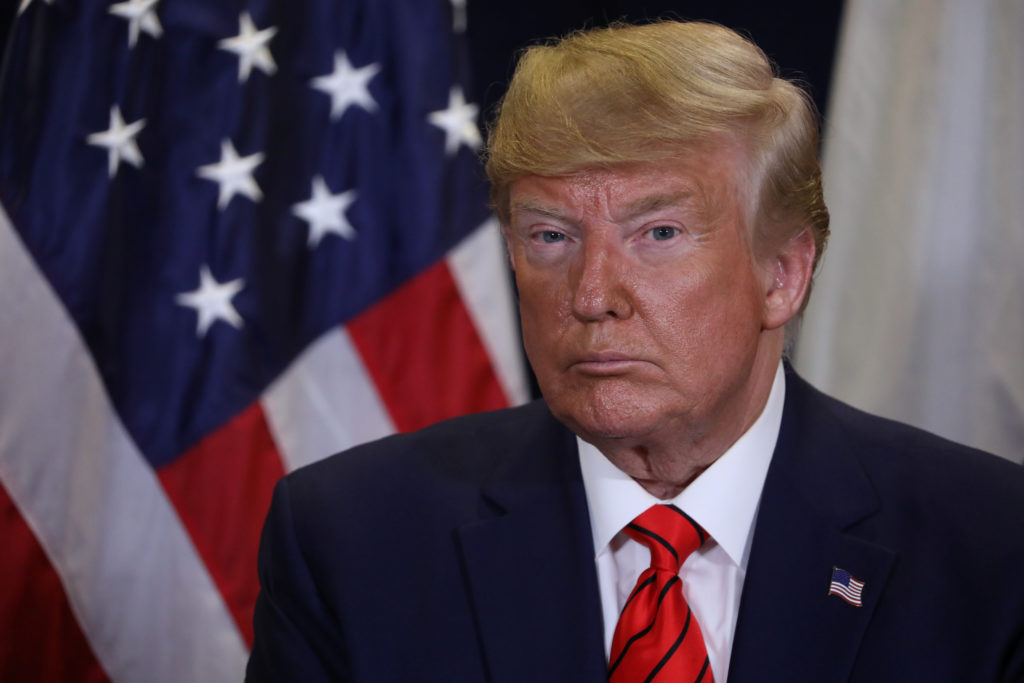 Abu Bakr Al-Baghdadi, the leader of the jihadist group Islamic State (IS) took his own life during a raid by US commandos in north-western Syria, President Donald Trump has confirmed.

“Yesterday night United State of America could bring the number one Terrorist leader of the world to justice” Trump declared in White House on Sunday.

Certain information about his hide out had been received by the Investigators. American Intelligent Officers could find his exact locations about two weeks ago. Last week they kept President Donald Trump informed about the well planned offensive operation.

Around 5.00 p.m. on Saturday (26) Trump and a team met at his opt room in White House, by which time 8 Helicopters took over from a Military camp in North Iraq. USA Officers had not confirmed from where the Fighter Jet took over. But it would have taken over from Erbill and would have crossed over the land controlled by Russia and Turkey.

Donald Trump confirmed the duration of the operations as 2 hours. American Officers had informed the media that they launched offensives targeting a structure that was located out of Bareesha of Idlib on 27th morning.

The intelligence sources found that the place he was hiding out had a lot of tunnels with dead ends. President permitted the Special Force on Saturday for the operation including a large team of troops and 8 Helicopters and special fighter jets. Russia supported the operation by opening air barriers.

When the team reached the location there was a colossal firing targeting the team which could be controlled, stated Trump.

Baghdadi entered a tunnel that had a dead end while screaming and shouting wearing a suicide vest and dragging along three of his children. He was being chased by a Military dog and a Robot. When he came to a dead end of the tunnel he had nothing to do but to suicide along with his three children. His body was totally distorted.

The dead bodies, injured and surrenders had been evacuated from the scene. 11 children were rescued without injuries.

How America got his death confirmed?

Trump confirmed that according to the investigations the dead body found in the tunnel had been identified as of Baghdadi. The Technical Officers who had his DNA samples tested the body at the place itself.

According to President Trump there were no fatal injuries to American soldiers. A huge number of terrorist died along with Baghdadi. Among the dead were 2 of Baghdadi’s spouses. Both of them were in suicide vests which had not been blasted.

Trump says that when Turkey forces took over the control of Baasas , a village in Syria in March , ISIS moved to Idlib with the idea of establishing their base which was the next best option.

“We know who will be the next leader. We keep eyes on him”.

His remains were later disposed of at sea, stated Security Consultant Robert O Brion. The Procedure was similar to the one used to dispose of the remains of al-Qaeda founder Osama bin Laden.

What is the analysis of Aljazeera?

Senior Political Analyst Mawan stressed that it will be very important for Trump to explain to ISIL supporters and followers that Baghdadi was a coward.

He will definitely get the maximum benefit from the assassination. He will explain how he controlled and destroyed Islamic State concept and brought economical revival to the country.

He was reported died on many occasions and he came back to the stage after his appearance in the aftermath of the Easter Sunday attacks to take over the responsibility of the bombing carried out by Mastermind Saharan targeting thee churches and leading hotels.

He who was born in 1971 at Samara city of Iraq and his name was Ibrahim Awad All- Badri. Later on he was renamed and known as Abu Bakr Al-Baghdadi .

He initially formed Islamic State of Iraq in 2006 and became the leader of this terrorist outfit in 2010. His initial intention was to establish an Islamic State based on Iraq and Syria.

The investigations found that Saharan Haseem and his team had close connections with ISIS and they were reported undergoing military training under this Organization.

Abu Bakr Al-Baghdadi issuing an audio tape took over the responsibility of the Easter attack. His losing control over Baggos of Syria is the most recent reason to carry out this attack in Sri Lanka, he confirmed.