There are 7 places in our country which considered to be mysterious. Some believe that Sri Lanka has been a center for Aliens from time immemorial. There are researches undergoing to find out whether strong Kings like Rawana and Dutugamunu had connections with Aliens and they got the technology to do wonders. So far no Scientist has come forward to scientifically investigate the truth behind these myth. Some of these places have a religious background while others have a nature attraction. I know for sure you have definitely visited these places. Your aim of visit would have been backed by religious motivation or relaxation. Eventhough I am not a qualified expert to scientifically come up with evidences to explain what mysterious behind these places , I realized that there is something unusual when I visited. 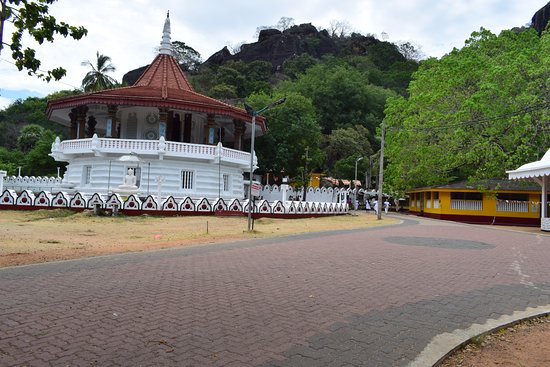 This beautiful historical Buddhist Temple is located in Dimbulagala in Polonnaruwa District. It was called Udumbaragiri which means rock of wood apple. According to ancient chronicles this area was known as kingdom of Yakkas , an ancient tribe populated before the arrival of King Vijaya from India. Since it was the Center of the kingdom of Yakkas, it was known as Yakshapura, area of Yakkas.

The Castle of the King of Yakkas was located in the Dimbulagla mountain.According to folklore , a powerful king of Yakkas reigned in Dimbulagala who was named Mahasena by the time of arrival of Vijaya Prince Pandukabaya, the only son of Chithra survived here evading the dead threat from his seven uncles, elder brothers of his mother who believed that a son of their only sister will assassinate all of them to grab the kingwood.

Two individuals, Chiththraja and Kalawela were executed by these uncles who were believed for helping Chithra to give birth to a baby boy and hiding him.

Later on they were reincarnated to protect Pandukabaya. Prince met them who advised him to move to Dimbulagala to grab the Thorn from his uncles. He formed an Army under the instructions of reincarnated Chiththaraja and Kaladewa and ascended to the Thorn. He constructed two dewalays in Dimbulagala mountain, worship halls in devotion of reincarnated Yakkas who helped him immensely in his journey to kingwood. After the long reign of King Pandukabaya, his son Mutaseewa ascended to the Thorn.

After king Mutaseewa, his son Dewanampiyathissa enthroned during whose time Arahath Mihindu Thero arrived in Sri Lanka in 247 B.C from India. He embraced Bhudism and under the guidance of Arahath Mahinda, constructed many Temples throughout the country. The Dimbulagala Temple was constructed by him as the adobe of Arahath Mihindu. Today this Temple is visited by a large number of locals as well as foreigners. Residents of this area have been observing some flying objects landing to the peak of Dimbulagala. The native Bikkus have noticed some colored beams falling on the peak during the night. 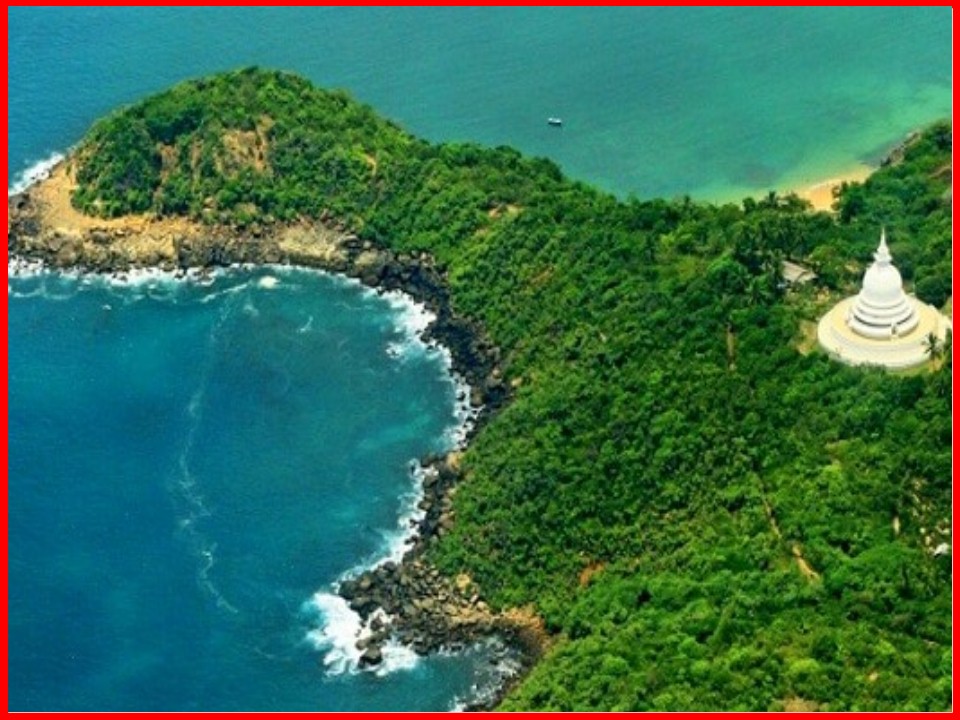 The Mythical Mountain Of Galle Rumassala is an unusual hill located in the coast of Galle. This area is rich in biodiversity. You find a large number of medicinal plants in this site. There are some well grown plants which are not to be seen in the surrounding area. Rumassala Kanda seems strangely out of place when you look at the rest of the landscape. From the peak of the mountain you could get a panoramic view of Galle. There is beautiful legendry story associated with this hill. According to Ramayana , an ancient Sanskrit epic composed by Walmici of India, a Sri Lankan legendary Kind Ravana who had a technology of flying through the sky , kidnapped the beautiful wife of King Lakshaman of India by flying in his flying object , called Dhadumonare. Lakshman and his brother Rama arrived in Sri Lanka with an Army to fight and take her back. Ultimately Lakshman got fatal injuries and fallen permanent unconsciousness , a form of permanent sleep .

A Sri Lankan medical practitioner prescribed a herbal plant only grown in Himalaya Mountan of India. Hanuman , a Monkey warrior accompanied the Army who had miraculous powers was assigned to go to Himalaya and bring this plant. He could not identify the plant and ultimately grabbed a chunk of Himalaya and came back. On his way a terrain from the chunk got dropped in Galle. Rumassala is believed to be this terrain.

This place with a valuable geographical features, is located on the Colombo katharagama Road in the Nonagama, in Hamantota District. What is unique in this area is, it’s exclusive soil structure and flora that totally differs from other destinations of Sri Lanka which is reddish. It is bordered by the sea and a jungle. What is the wonder here is having a solid soil structure in a coastal area. Hence there are few folklores about the uniqueness of this part of the country. One belief is the layers of the soil structure has some residuals similar to a meteoroid hit. The soil is enriched with minerals and metals specially Nickel. Hence the other belief is this place was where King Rawana landed parked his Aircraft. 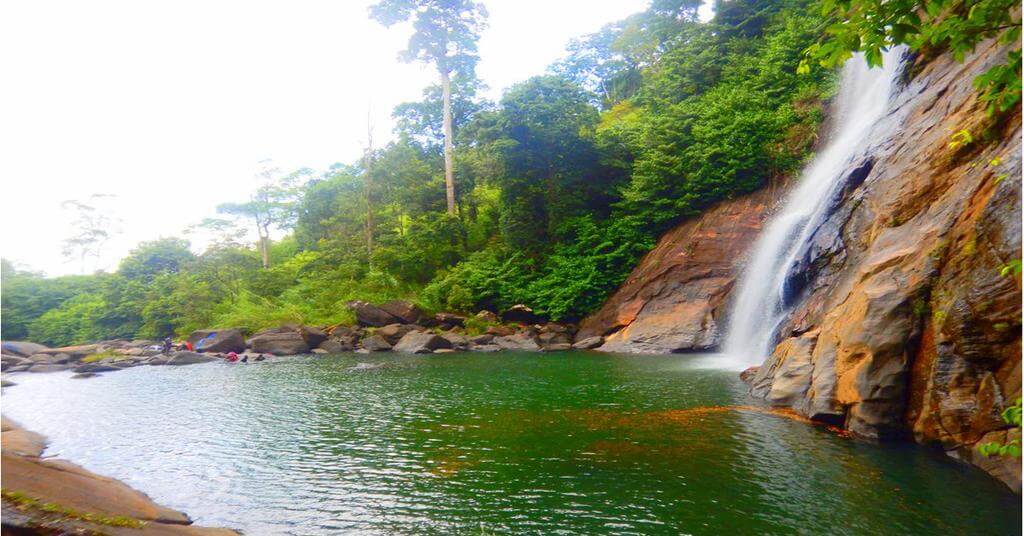 Meemure is an isolated spectacular village which is 50 Kms away from Kandy. This village got this name because of amply grown Mee trees in the surrounding. Lakegala that lies to the east of Meemure , is believed to have been a property of the legendary King Ravana who used this as a source of energy. There had been a tunnel through the mountain which was used by Rawana for traveling.

Rawana fall in to a permanent sleeping form as a result of receiving fatal injuries at the battle with Lakshman. His corpse is believed to be placed in this tunnel. The villagers had observed some lights on the mountain on very dark days. According to Professor Mirando, there can be a mysterious door to get connected with the universe. 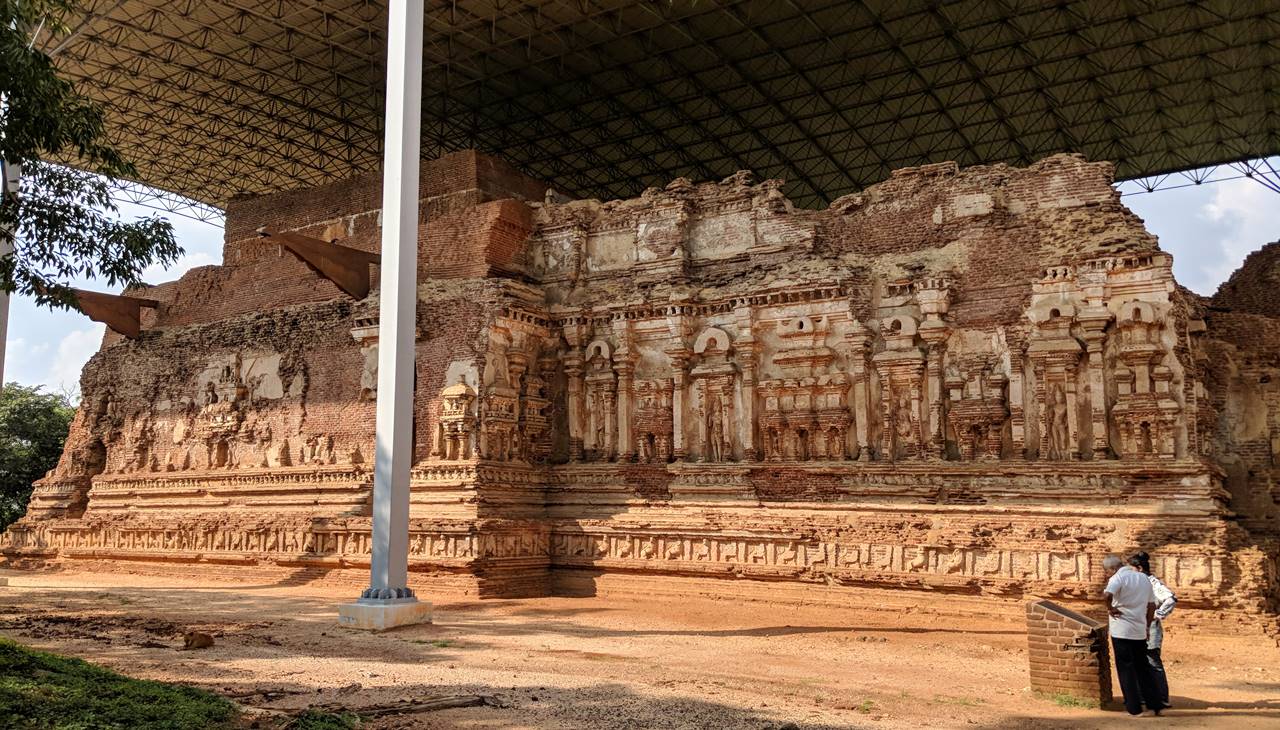 Thiwanka Pilimageya is Buddhist Temple located in Polonnaruwa which is gedige type. This is another artistic production of King Parakkramabahu. He rulled our country from 1153 to 1186. The inner walls are decorated with spectacular fresco. The Buddhist statue in partly dilapidated. The reason is not clear whether it was perposly destroyed in Tamil invasions of by treasure hunters. According to inspections this is the only building in Sri Lanka that was not constructed on a foundation. There were instances where people have seen some flying objects descending on Pilimageya and some bright rays are falling on the peak. 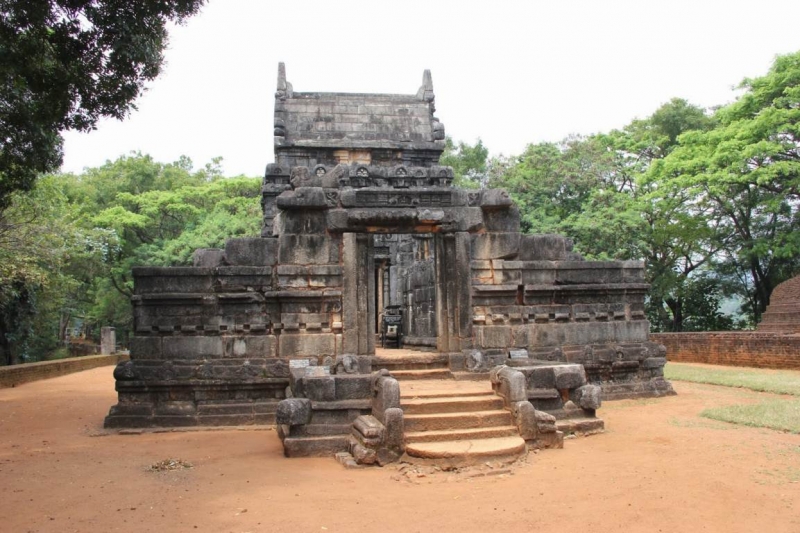 Nalanda Gedige is an ancient edifice near in Mathale district at Kandy Jaffna Road. which was created between 8th and 10th century. This structure had been construct totally using stones. Since the architecture is a combination of Hindu and Sirlankan styles it partly looks like a Hindu Kovil . The research studies have confirmed that the fresco has been greatly influenced by Paalawa Arts of India. Historians conjecture that this creation an attempt to fusion Tamil and Sinhalese cultures. At later stage this structure was abandoned which was covered by forest. The 1st Archaeological Commissioner , Mr. H.C.P. Bell discovered it, started reasserting on this unique structure. After his retirement , this great artistic structure was totally neglected. Again it was brought back to the present position in 1970 by Mahavali Development Project. What is more unique in this structure is the belief that it is the situated at the Center of Sri Lanka. Expert researches has found that this has been scientifically constructed to absorb the energy of the sun. Hence, the experts should take the interest of finding out how the energy of sun was used at that time and reactivate the strategy if beneficial. 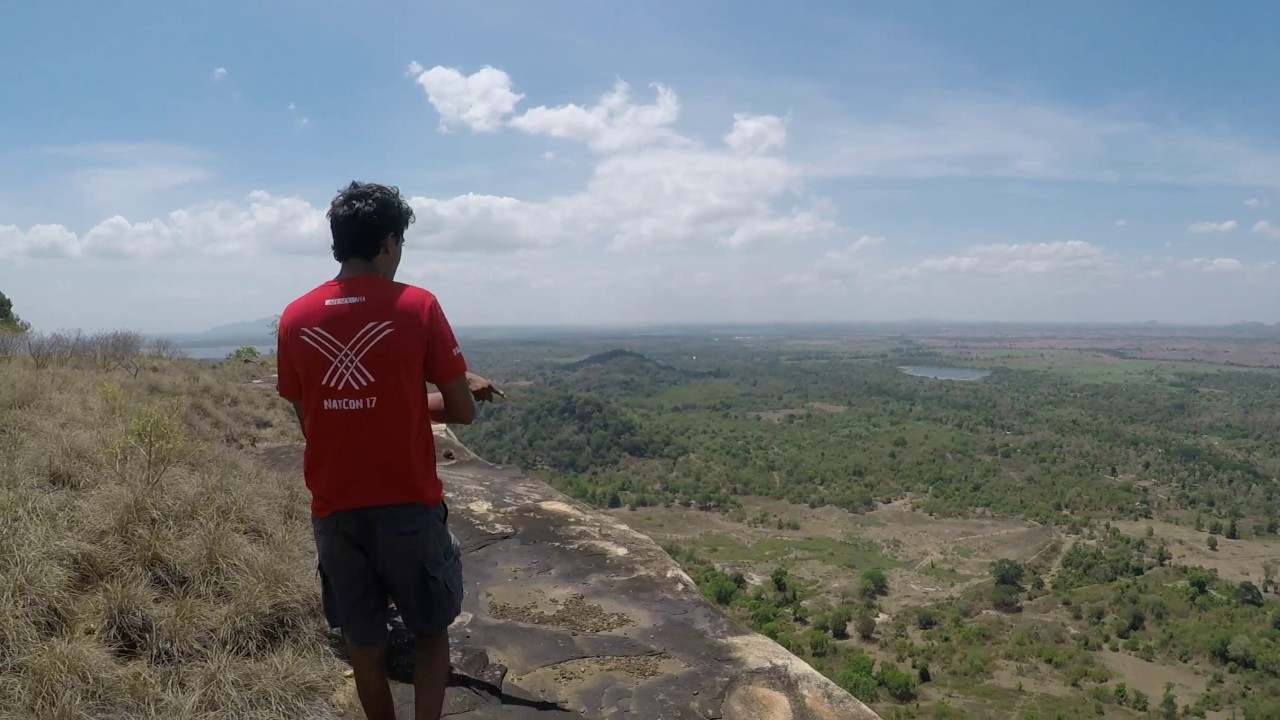 Aralagawila is a beautiful village in Polonnaruwa District. In a sub village called Kandegama , there is mysterious mount named Danigalakanda. The villagers of this area have been noticing some bright lights in the night who believe that these are Alien sky objects descending the mountain. When you scrutinize the landscape of this mountain, you will definitely realize that there is some uniqueness as if it was created rather than natural which cannot be seen in any mountain of Sri Lanka. Hence when you make an outing again, if you visit these places with this mystery in mind , I am sure you will experience what I have.